Was Ben Franklin the Original Productivity and Time Management Guru? 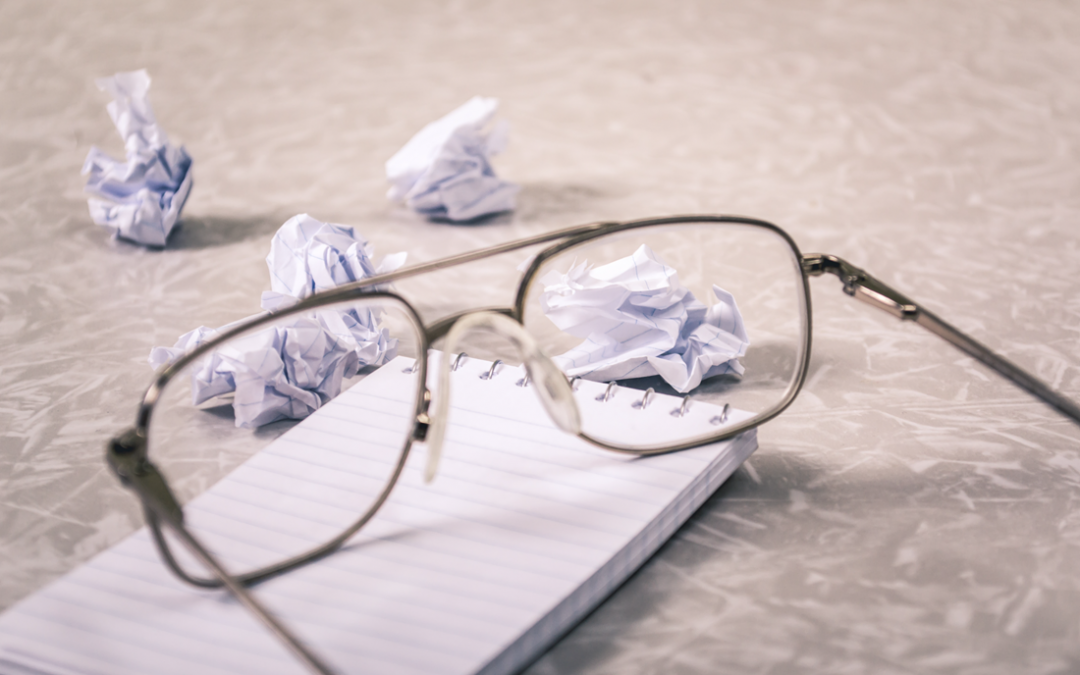 Benjamin Franklin is known for many things. Like the other Founding Fathers of the United States, he was a remarkable individual. When you look at everything he did, you could classify him as a renaissance man. Even more incredible is that he, and his contemporaries, were able to achieve such incredible feats without any of the trappings, tools, and resources of the digital age.
Mr. Franklin is the source of many notable tidbits of wisdom, many of which apply to managing the workday.

Productivity and Time Management Tips from the 18th Century

But, did you know that Mr. Franklin might just be the original productivity/time management guru? Can you picture him on stage, PowerPoint on a screen in the background, headset on, exhorting a rapt audience to become better…all while wearing his early American clothing? Sounds like a scene from “Bill and Ted’s Excellent Adventure.” 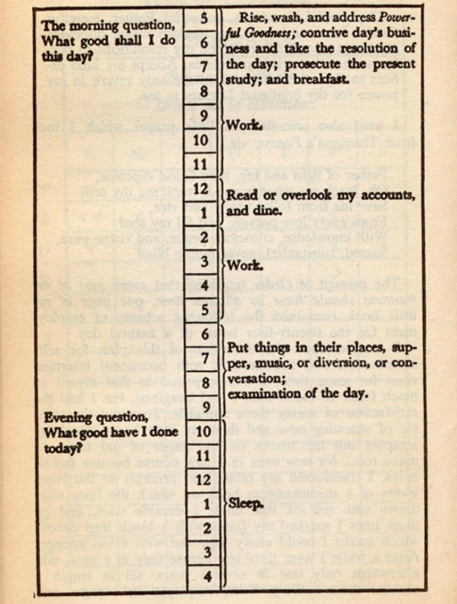 The truth of the matter is that Benjamin Franklin had a plan he followed every day. Yes, the master of Philadelphia had his entire day scheduled, all 24 hours of it. Check out his schedule in the graphic.
Okay, so it doesn’t schedule every single minute. That’s beside the point, what it does show is he organized his activities and routines and created a schedule for his daily affairs. Sorry, affairs may be the wrong word to use with Ben. He developed a reputation for, shall we say indiscretions, while representing the United States in the French palaces and courts.

What does his schedule tell us?

It tells us that we need to be organized, create a plan, work the plan, and allow time for things other than work. Just look at the comments and sections of his schedule. Contrive the day’s business. Contrive means something different today. To Franklin, it meant plan.
How about, “take the resolution of the day” as an activity. Sounds like goal setting to me. I may be reading that into the text, but it seems likely.
He schedules time for meals and blocks out an all too familiar 8-hour workday.
He addresses organization by “putting things in their places.” Don’t leave a mess, put stuff back so it is easier to find later.
“Examination of the day” is a great practice. It is so easy to find yourself at the end of a hectic day and wonder if you got anything done except extinguish a bunch of fires. Even a few minutes of cataloging what you did can provide a much-needed sense of accomplishment and satisfaction.
He also makes time for leisure activities, listing music, diversion, and conversation. Remember, this is the 1700s, there are few leisure activities available outside reading, talking, listening to live music, or going to the tavern.

If it was good enough for Ben

The realities of life in the 21st century include overwhelming amounts of data coming at us all day. Work and private life responsibilities and commitments can become significant sources of stress and frustration. If the world wasn’t complicated enough, the Internet of Things and our always-connected world ramps it all up a notch, a big notch. Computers were supposed to make our lives easier. Instead, they have made us work harder and longer than before.
Taming the chaos requires discipline, a routing, and the right tools. Ben Franklin took maximum advantage of the tools of his day, a well-defined list, ink, quill, and paper. We all have so many more tools to choose from. Take a look at BubblesPlanner if you are searching for a way to manage your commitments intuitively and enjoyably. We think you’ll like what you find.